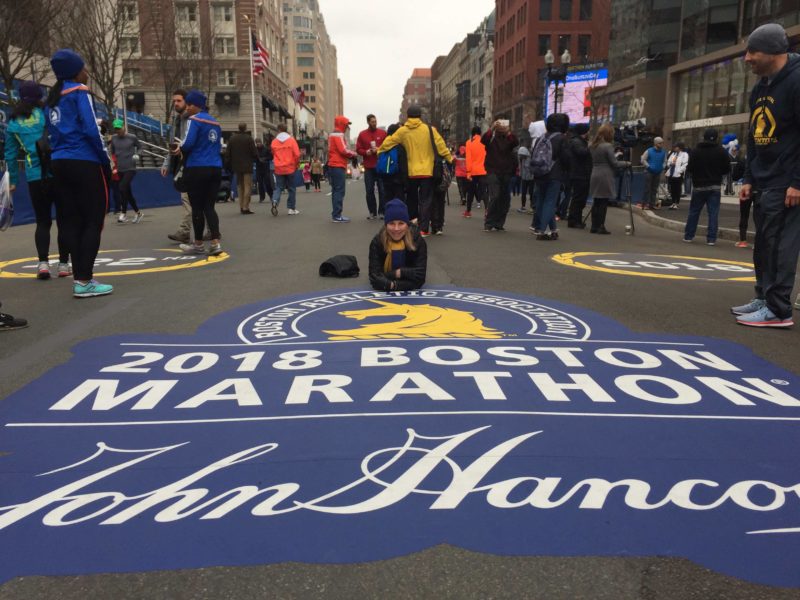 This race is the pinnacle of the running community. Boston is the only marathon where entry is by qualifying time, meaning you have to have run at least one marathon before you even attempt this beast! There are exceptions for charity runners but the majority of runners would have had to run their fastest to get into this coveted race.

I was fortunate to have qualified and after a bit of a push from my NYC marathon run buddy, we entered and were in. Training throughout the winter months is always tough and while I do run in all seasons, I’m not a huge fan of running 30+K in snowy conditions, but I preserved and hit every point in my 16 week training plan. With the training done and loads of cross training under my belt from teaching all my fitness classes (hello HIIT) I felt ready to head for Boylston Street.

We left for Boston via Porter Airlines and loved the camaraderie of the runners with all of us sporting our previous Boston marathon jackets in the waiting area. We arrived and immediately went to the race expo (my favourite kind of shopping!) to pick up our bibs and race kits and of course, the coveted 2018 commemorative jacket. Sunday was our day of rest so we watched endless TV shows and a Hunger Games movie (don’t laugh!) and thought and rethought our attire for race day. How could the weather really be that bad? Won’t it change over night? Nope. The weather forecast was unfortunately spot on for race day. Head winds, with cold torrential rain that didn’t let up THE WHOLE WAY! 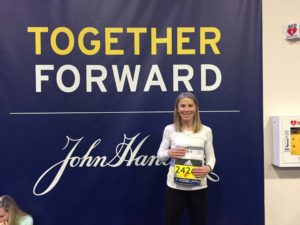 From the moment we got on the bus at Boston Common heading for Hopkinton to me leaving the warming area at the finish line, the Boston Athletic Association (BAA) was nothing less than epic in their organization. I mean really, getting 30,000 runners off the buses and to the start line without any of us getting hypothermia was truly an unbelievable feat. The race itself for the first half was what I expected. Lots of downhill, flat and then rolling hills and I hit my paces (ok I might have been going a bit too fast) and was feeling good expect for the freezing temps and downpours. Once the hills started at Newton (there are four of them) I started to feel the pain. My splits over these few miles were very slow but I told myself not to even think about walking. I knew if I did it would be too hard to start up again, so I dug as deep down as I could and made it to the top of Heartbreak with a “F*&k Yes” and a lot left in the tank. Having run the route in 2014 I knew what was coming up and I just focused on finishing and getting a hot shower. At 41k I remembered having to do a bit of an uphill before the right run on Hereford so I just booted it, stuck to the right side to make the turn and made the final left turn on Boylston and headed for the finish line. Crossing that finish line is the most epic thing I have ever done. I beat my previous Boston time and made it through one of the coldest Boston marathons in 35 years. 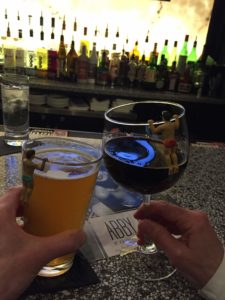 I’m so thrilled that I ran this epic race and will remember this day for years (or at least hope I do, LOL).  My only advice for those of you looking to push yourself out of your comfort zone and try something new is to stay focused, believe in yourself and do it! You won’t regret it. 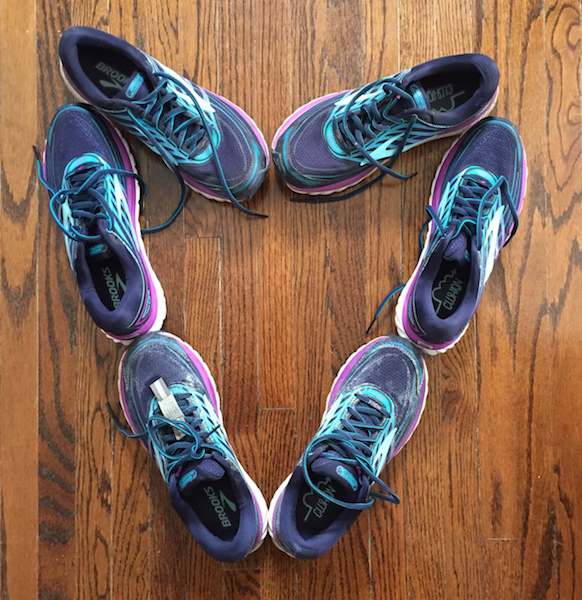